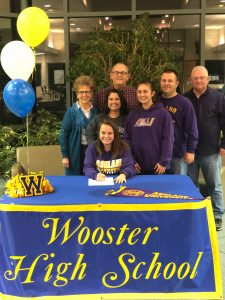 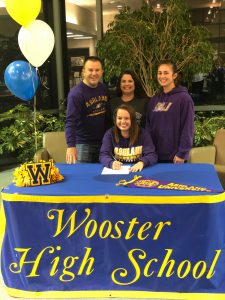 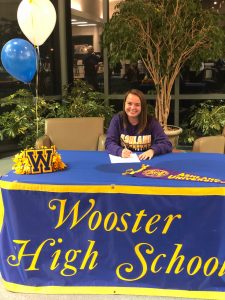 Ashley signed her letter of commitment to attend Ashland University in the fall of 2020.  She plans to major in Education with a specialization in Early Childhood Intervention.  She is the first AU STUNT Competitive Cheer Team Recruit for the Eagles, who will begin STUNT competition in the fall of 2020.

Ashley chose AU because of their great education programs and the opportunity to be part of a new program with Ashland STUNT.    As a cheer captain at Wooster, Ashley earned two letters each in fall cheer and winter cheer.  She’s a three year member of the history club and a two year member of National Honor Society, where she’s also served as NHS Secretary.   Ashley’s favorite experience as a General are the lifelong friendships she has developed with her teammates.

No Events This Week

Events are added by athletic staff.
View All Events